Blessed Oliver Plunkett opened its doors on the 3rd of October 1966 to cater for the newly developing area of Mounttown/Fitzgerald Park. Originally there were two schools in the complex, one for boys and one for girls.

After the canonisation of Oliver Plunkett in 1975 the school name changed to St Oliver Plunkett National School. At their peak the combined numbers in both schools would have been close on 900 students.

In 1984, due to declining numbers, the schools were amalgamated into one school for boys and girls and shortly afterwards the name was changed to Holy Family National School in keeping with its affiliation to the parish of The Holy Family, Kill O’ The Grange.

Below are photos taken on the day of the official grand opening of Blessed Oliver Plunkett which took place on the 29th of April 1968 and a news paper article from the early 1960’s regarding the costs involved in building the school. 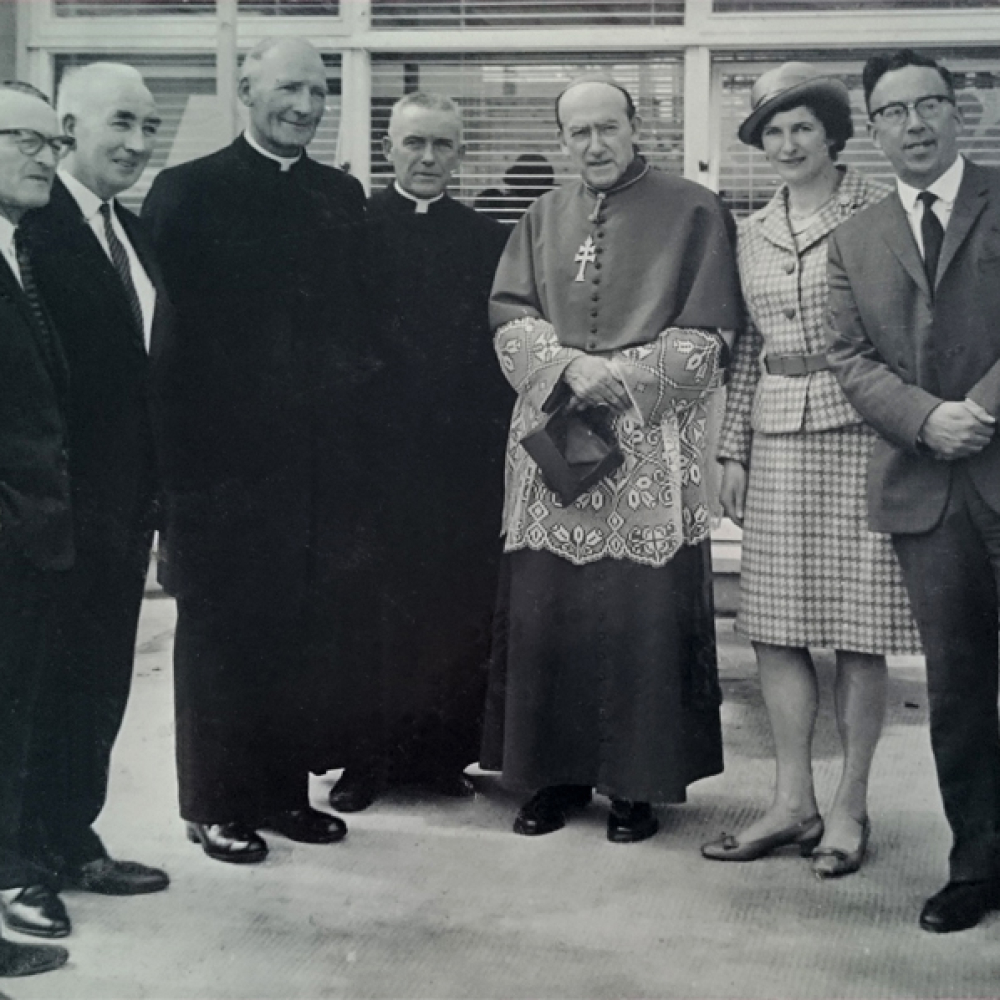